HomeEngineeringHow drones could determine the direction of gravity without accelerometers
Engineering 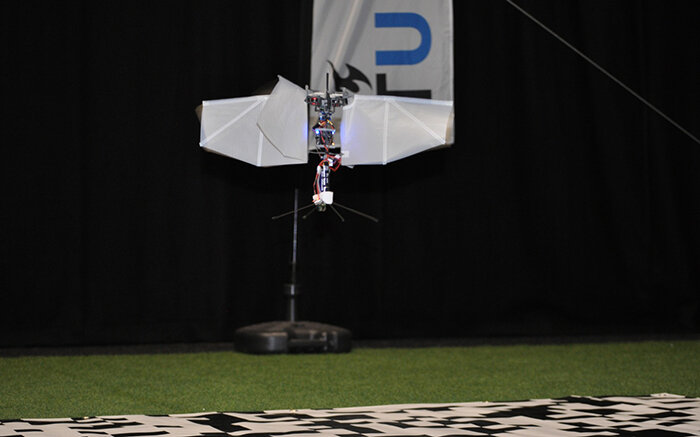 While drones typically use accelerometers to estimate the direction of gravity, the way flying insects achieve this has been shrouded in mystery until now, as they have no specific sense of acceleration. In this study, a European team of scientists led by the Delft University of Technology in the Netherlands and involving a CNRS researcher has shown that drones can assess gravity using visual motion detection and motion modeling together.

To develop this new principle, scientists have investigated optical flow, that is, how an individual perceives movement relative to their environment. It is the visual movement that sweeps across our retina when we move. For example, when we are on a train, trees next to the tracks pass by faster than distant mountains. The optical flow alone is not enough for an insect to be able to know the direction of gravity.

However, the research team discovered that it was possible for them to find this direction by combining this optical flow with a modeling of their movement, i.e., a prediction of how they will move. The conclusions of the article show that with this principle it was possible to find the direction of gravity in almost all situations, except in a few rare and specific cases such as when the subject was completely immobile.

Using this new principle in robotics could meet a major challenge that nature has also faced: How to obtain a fully autonomous system while limiting payload. Future drone prototypes would be lightened by not needing accelerometers, which is very promising for the smallest models of the size of an insect.

Though this theory may explain how flying insects determine gravity, we still need confirmation that they actually use this mechanism. Specific new biological experiments are needed to prove the existence of these neural processes that are difficult to observe in flight. This publication shows how the synergy between robotics and biology can lead to technological advances and new biological research avenues.