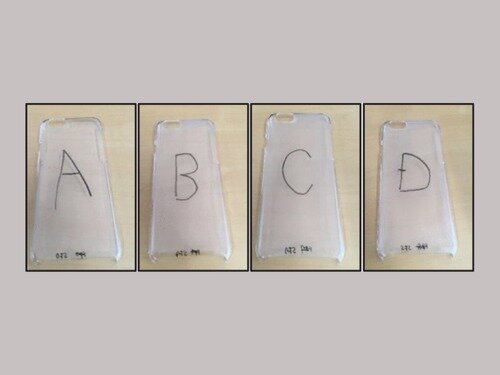 To win over consumers, manufacturers should build in tactile experience in product designs. A recent study found that the value of a product could be increased by differentiating its tactile impression.

The study, conducted by researchers from Hiroshima University (HU) and DIC Corporation, was carried out on 139 HU students and staff who were also smartphone users. Their findings were published in the journal IEEE Access last August 10.

Participants were asked to show a willingness to pay for smartphone covers with four types of surface texture that were differentiated by surface smoothness, height, slipperiness, dampness, granularity, stickiness, and dryness—when the reference smartphone cover price was 100 yen and 1,000 yen (1,000 yen ≈ $7).

The experiment shows that smartphone users were willing to pay a premium for most of the surface textures irrespective of the reference price.

HU’s Professor Yoshihiko Kadoya from the School of Economics and Professor Yuichi Kurita from the School of Engineering, members of their laboratories, and a group of researchers from DIC Corporation conducted the experiment from July 4 to July 11, 2019. A questionnaire covering smartphone cover textures and related tactile impressions, as well as demographic, socioeconomic, and usage-related features of smartphone users, was used to collect information.

See also  E-scooters are becoming wildly popular, but we have to factor in the weather
Powered by Inline Related Posts

Kadoya, the first author and lead researcher of the experiment, said that surface texture could be an important aspect of product design, having the ability to influence the price. However, the commercial viability of the surface texture has hardly been empirically examined. We conducted this pioneering study to lay the foundation for full-scale studies in the future, he added.

Kadoya further added that the experiment would benefit manufacturers in understanding the commercial value of surface textures. Manufacturers of electronic devices, laptops, wallets, furniture, and others could also benefit from designing appropriate surface textures for their products. Additionally, the findings of the study have implications for online business trends, particularly during the COVID-19 pandemic. Since customers value surface textures, further efforts should be made to digitize the feeling of surface texture for online trading.